Welcome to the Oklahoma Writing Project

An affiliate of the National Writing Project (nwp.org), the Oklahoma Writing Project has provided the best in professional development for tens of thousands of teachers from all corners of Oklahoma for over forty years.

why we do it

Learn more about the 2023 Oklahoma Fountain of the Muse Writing Workshop. 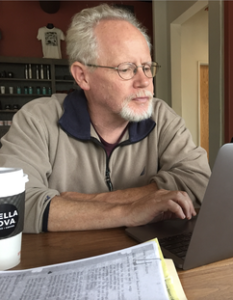 Bio: Crag Hill began teaching in the 1990s in the San Francisco Bay Area where he was fortunate, after his second year of teaching English at Berkeley High School, to attend the Bay Area Writing Project Summer Institute. Like thousands of other teachers before and after him, that summer transformed his teaching career.

Hill taught high school English for a total of 18 years in California and Idaho. As an NCTE affiliate leader of the Northwest Council of Teachers of English, he collaborated with the Inland Northwest Writing Project over a ten-year span on annual conferences and other regional professional development for teachers by teachers, work which continued to inform and energize his approaches to learning and teaching. After completing a PhD at the University of Idaho, he taught at Washington State University before taking a position at the University of Oklahoma. A career-long believer in teachers teaching teachers, he is excited to be working with teachers throughout Oklahoma on transforming their writing pedagogy as well as their own practices and identities as writers. 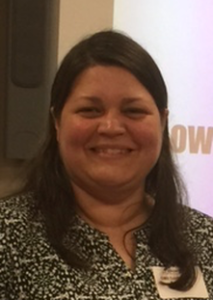 Bio: Audra Plummer has completed over 20 years in education and working with Oklahoma students. Throughout her career she has taught first, second, fourth and fifth grades. She received her master’s degree in Instructional Leadership and Academic Curriculum with an emphasis in Mathematics from the University of Oklahoma. She received National Board Certification in Middle Childhood Generalist in 2004. She accumulated numerous honors throughout her teaching career. She was recognized as a Norman Public School Teacher of the Year Top Five Finalist after her third year of teacher as well as being award the Outstanding Teacher Award sponsored by Lakeshore Learning. Audra has been a finalist for the National “I Teach 2nd” Second Grade Teacher of the Year and received the University of Oklahoma College of Education “Young Educator” Award in 2004. Audra has written grants to fund over $10,000 work of manipulatives, books and computer software for her students. In 2018, Goodnight Norman, a children’s book she co-authored, was published with all proceeds benefiting students in Norman Public Schools.

Throughout her years of teaching, Audra has acquired over one thousand hours of professional development. She began making professional presentations in 1994 and since that time has presented all over Oklahoma to over 2,500 fellow educators. Audra attended the Oklahoma Writing Project in 1999. Her leadership role in OWP began with being a member of the OWP Board and has expanded to serving on various committees. She has served as an OWP Summer Institute mentor for three years. In 2009, Audra began serving at the OWP Co-Director of Inservice and works to provide quality professional development opportunities to Oklahoma teachers. 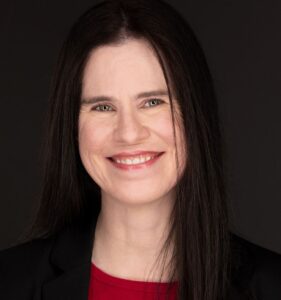 Bio: Michelle Boyd Waters taught 6th through 11th grade English/Language arts for 10 years in rural and suburban Oklahoma City area schools before she became a graduate assistant with the Oklahoma Writing Project in the spring of 2022. Michelle recently graduated with her master's degree in Instructional Leadership and Academic Curriculum. Her decision to pursue graduate degrees was inspired, in part, by her experience in the 2016 Summer Institute. As a doctoral student, Michelle focuses her inquiry on exploring aliteracy among teenagers in rural settings and in seeking solutions for the kind of bridge building that would help teachers unlock and expand student literacies. She is also co-editor of the Oklahoma English Journal. In her spare time, Michelle enjoys painting, writing, and building online communities.

why we do it

The Oklahoma Writing Project works to create professional development based on the literacy needs of students and teachers in Oklahoma classrooms.